ESTJs are the pragmatic organizers; they like things done and done properly. They have little time for anything ethereal, woolly, or conceptual, preferring facts, figures, plans, and procedures. These are the action-oriented characters who cut to the chase and move quickly to completion, taking the least circuitous route.

Their desire to get things done may mean that they ignore the niceties, the softer issues, and they tend not to be tuned in to how other people are feeling.

The desire to jump in and “do” can also make ESTJs very present-focused, so they may not necessarily appreciate how such present actions may impinge on the future, nor do they excel at predicting or anticipating future trends or forecasting.

They are keen to make quick decisions and are built to get to closure as quickly as possible in order to get the job done.

ESTJs may rush in without stopping to consider the full range of options, since their prime focus is to get on with it. As such, they may be difficult to budge from their preferred course of action.

The basic attitude of ESTJs is one of fatalism. Their energies are not directed toward questioning, challenging, and tampering with existing realities; rather, the challenge is one of fitting into and enhancing what is there.

ESTJs need predictability and order. They have high standards and measurements for success. Tell them what needs to be done and they’ll make it happen.

The ESTJ is an outspoken person of principles, which are readily and directly expressed. ESTJs are not afraid to stand up for what they believe is right, even in the face of overwhelming odds.

ESTJs are able to make the tough decisions, and everyone will know exactly where they stand. This honesty and directness is both refreshing and hard-hitting in equal measure.

ESTJs are built to take charge at work, at play, and in relationships. They are essentially caring and traditional, but they will express themselves with a directness that can at times be bone-jarring.

ESTJs are extremely open and direct, but they don’t really understand emotions or anything they see as irrational. If someone is upset, they have to translate the emotion into a problem that they can deal with factually and practically. ESTJs are happy with conflict, as they are essentially impervious to their environment. They see conflict simply as an element of getting things done and may not “get” others who are more sensitive.

ESTJs are hardworking, organized, like things done properly, and have high standards. They do not like working in chaos or without a plan, and will take charge and create one if necessary. They prefer clarity, and if there is none, they will create it. This means they will expect and set tangible goals that they will work consistently toward, with no deviation or shortcuts.

ESTJs will be difficult to distract once they are running at the goal. They are efficient, reliable, and will make sure they grasp all the facts to ensure they are clear and will not get it wrong. ESTJs are great managers, happy to take the lead—indeed they prefer it—ensuring everyone is clear on what is expected and by when. ESTJs are detailed, practical, factual, sensible, and responsible, and they take these responsibilities very seriously and will expect others to do the same. 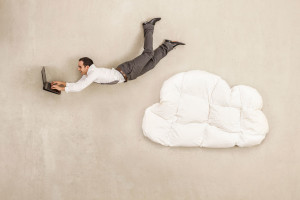